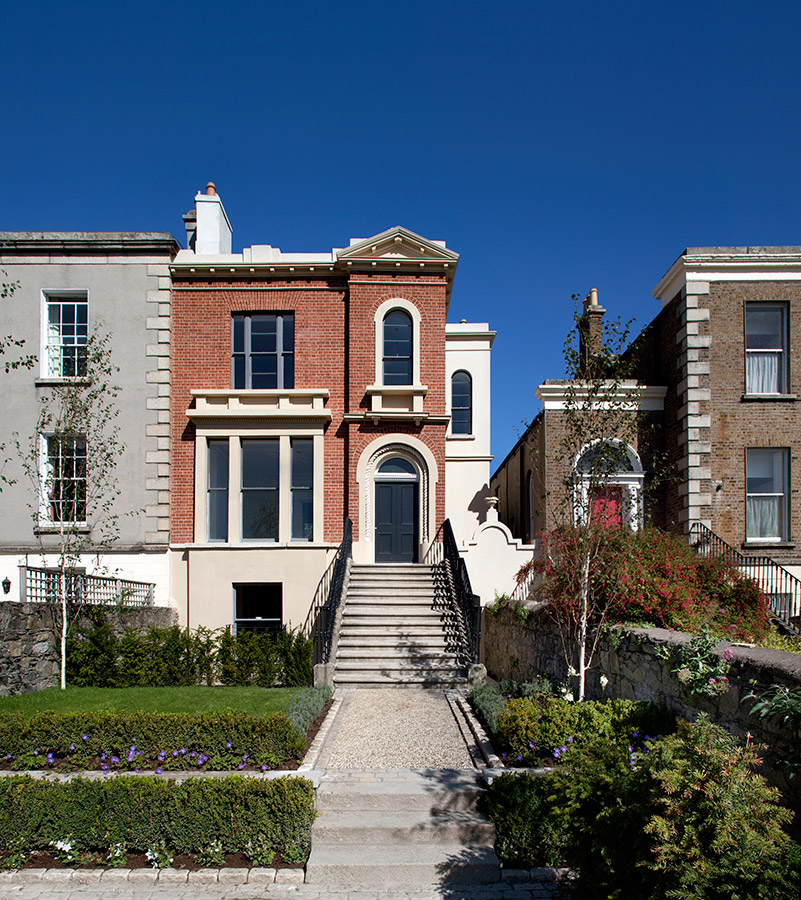 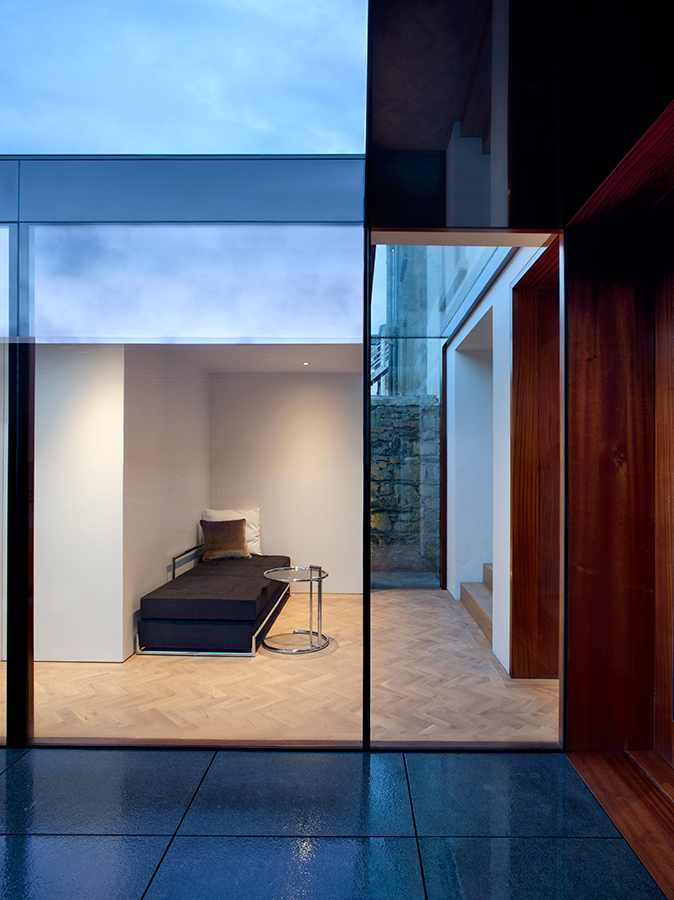 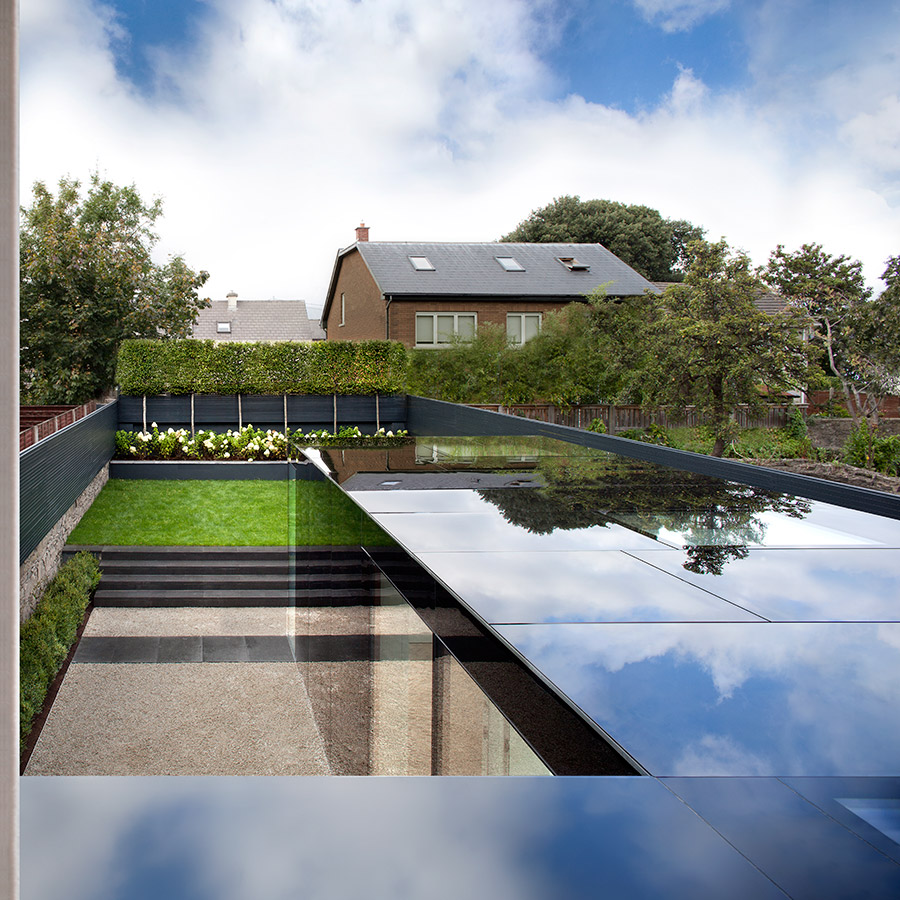 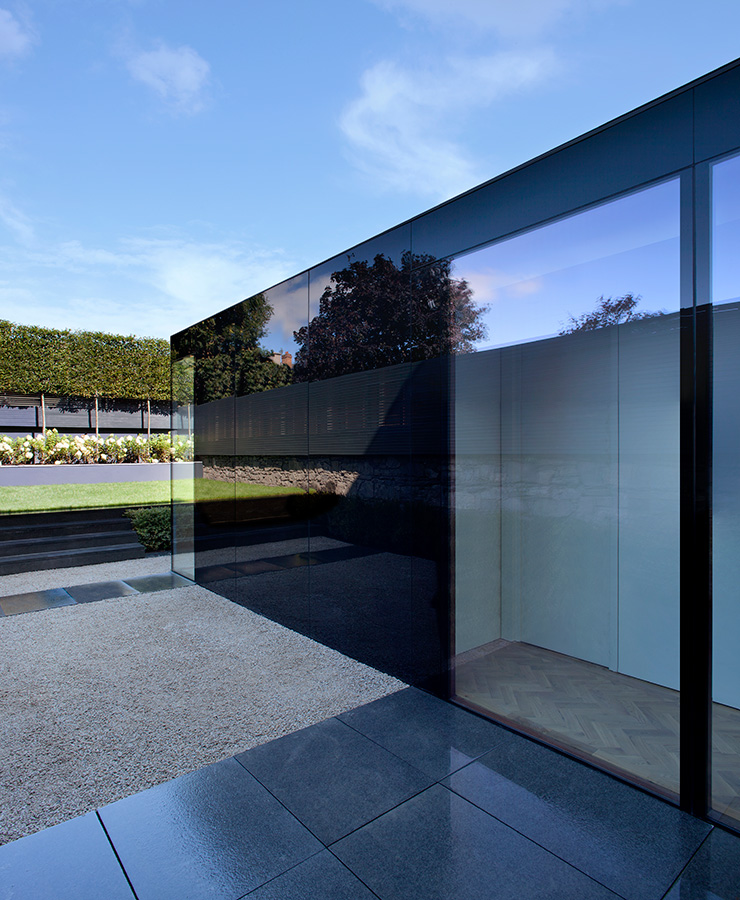 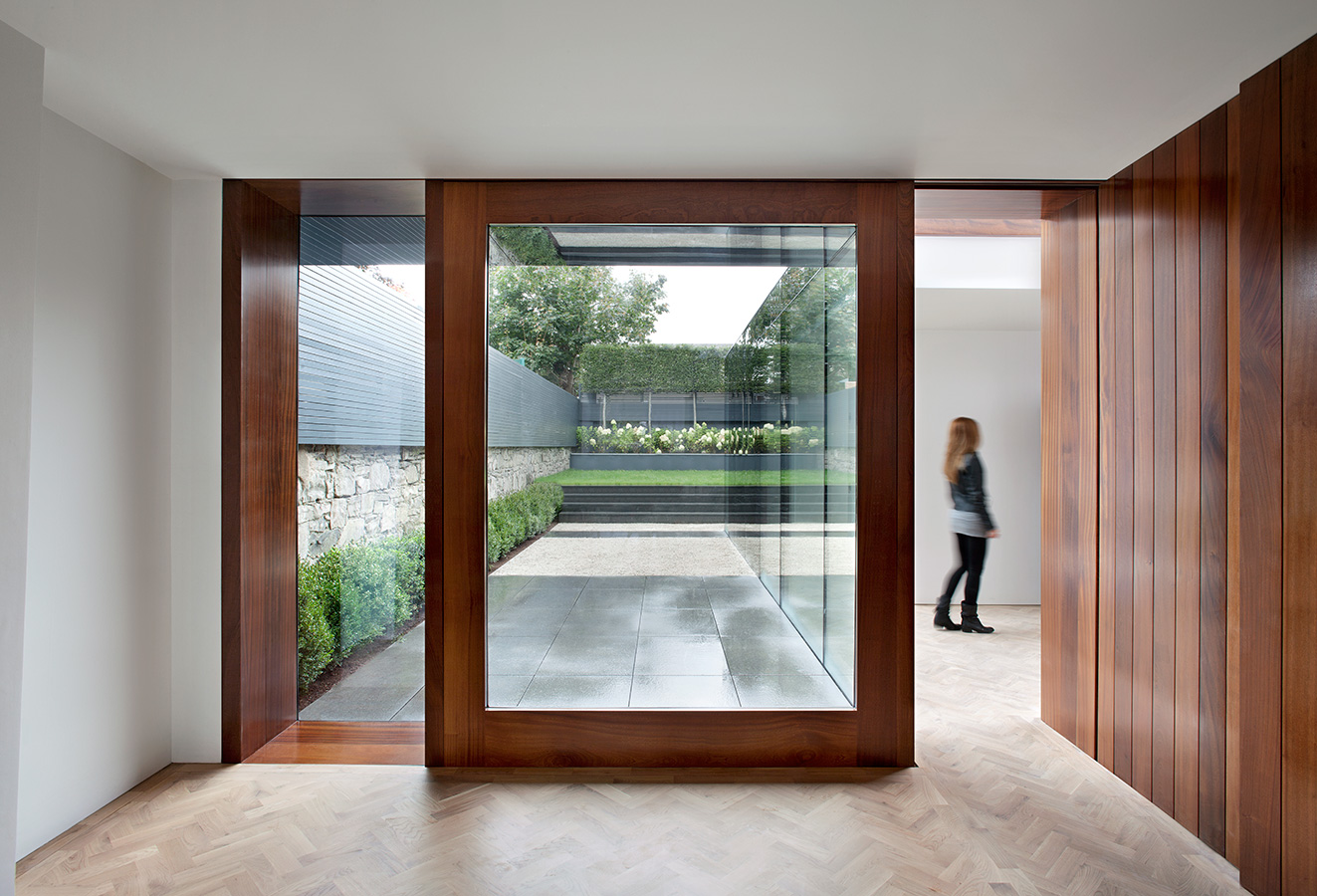 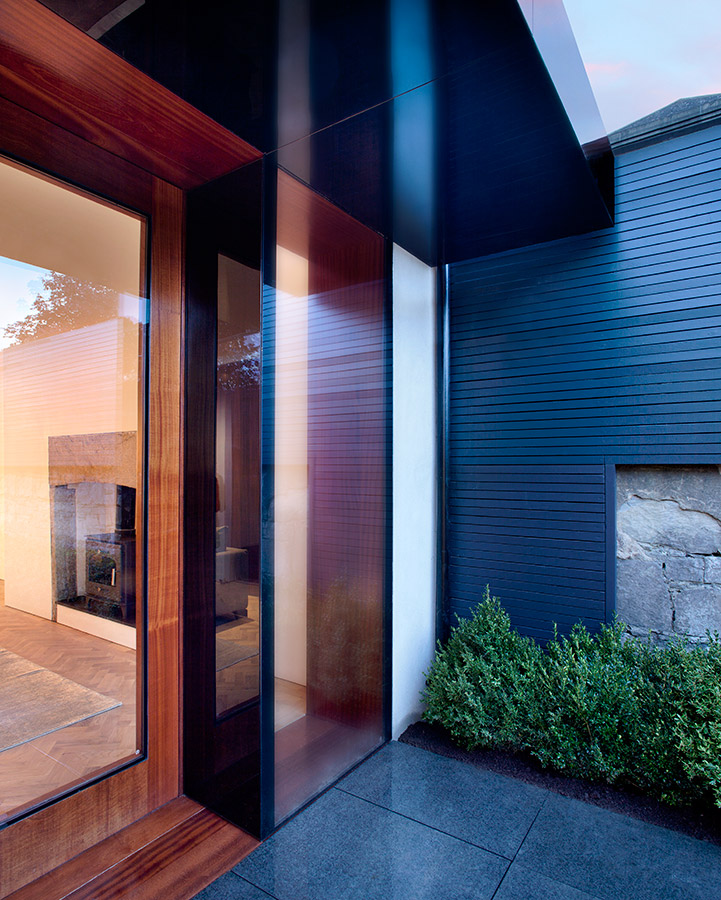 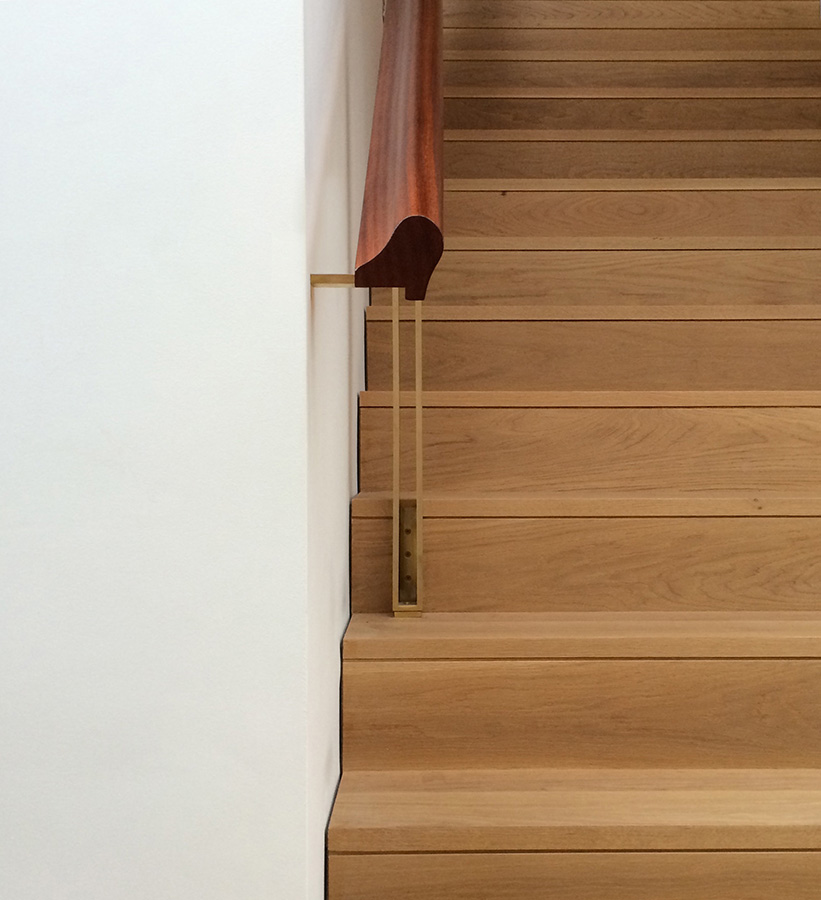 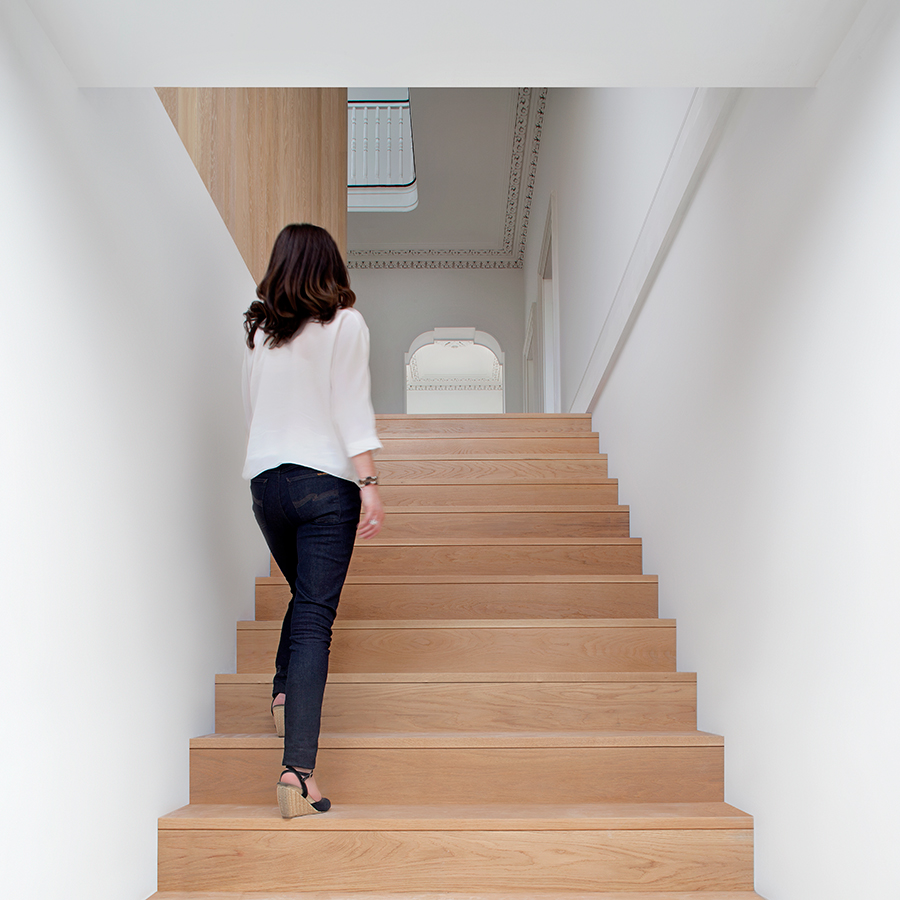 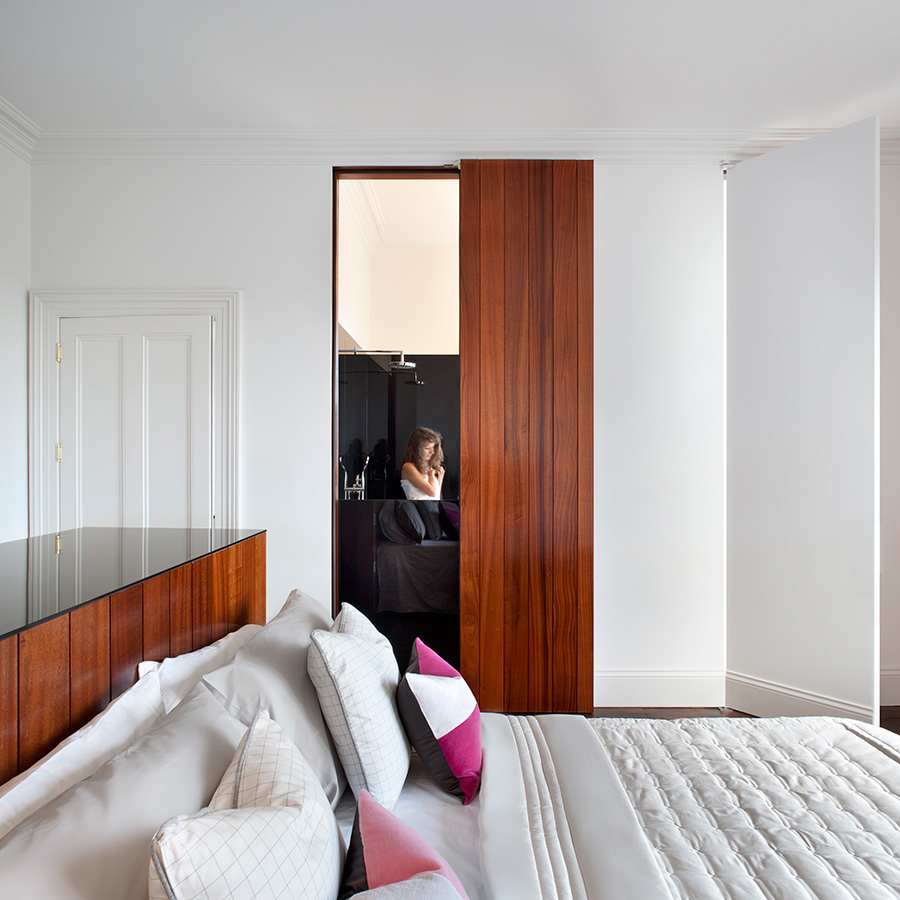 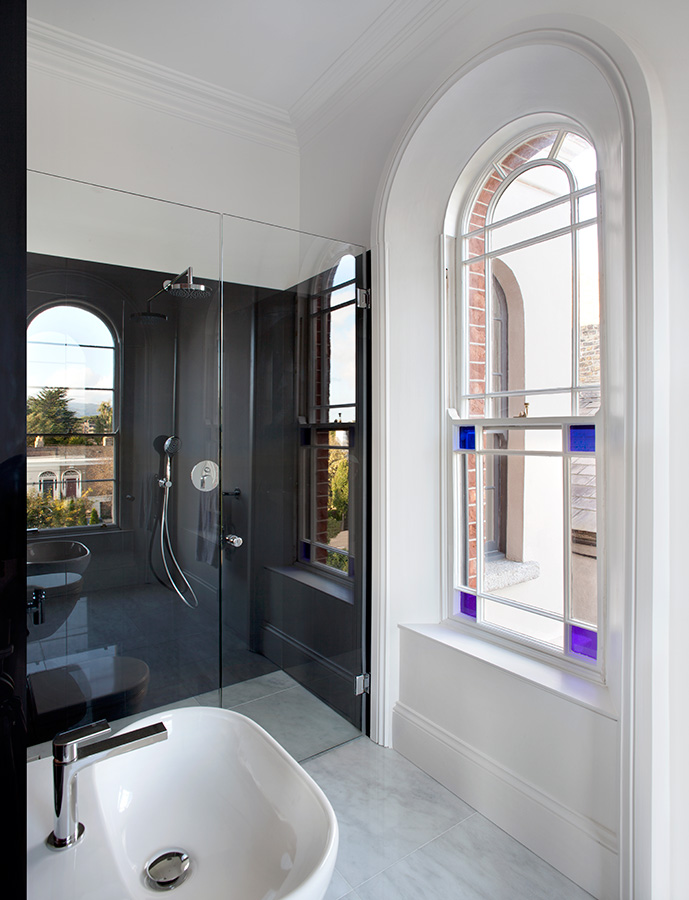 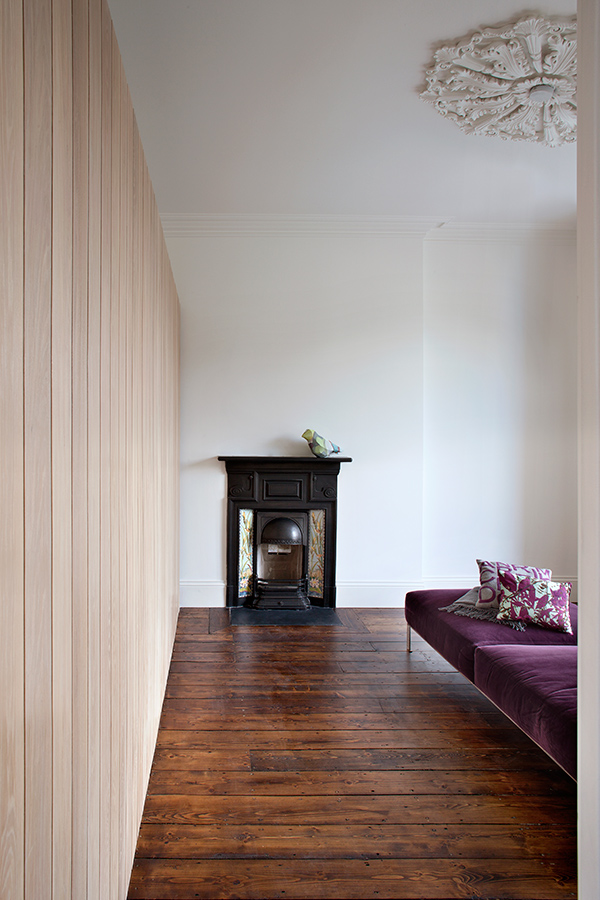 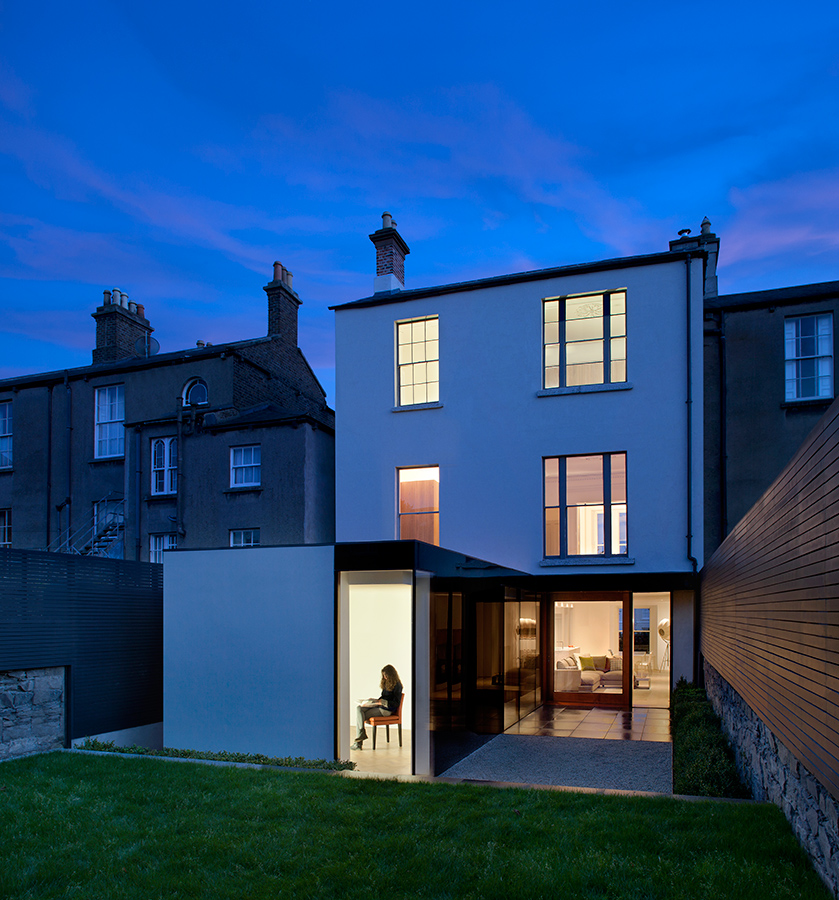 This home, an a eighteenth century in-fill Victorian house, an architectural oddity, presenting as a novelty of colour and decorative flourishes set into the somber adjoining streetscape.

In its found condition the house, was subdivided into 11 studio flats, with the upper floors entirely disconnected from the lower ground floor and unsympathetically structurally modified. The original facing brick had been rendered, thereby muting its individual expression within the street further.

The brief, involved restoring and extending the main house to function as a single, coherent dwelling for contemporary living.

The restoration and adaption of the house is framed as a response opposing the evolution of particular condition within the typology in Dublin of two storey over basement period houses, where a suite of contemporary living spaces housed in the lower ground floor or basement are entirely disconnected from the main spaces of the ‘piano nobile’ over.

A modest new single storey extension adjoins the new lower stair landing, providing an over large apron, which acts as a pivot within the house, linking the new stair to the basement along with a new multi-functional space, which can work as a playroom, home office or guest bedroom.

This cohesion between the old and new is further expressed in the view over the black glass roof of the rear extension, which flawlessly reflects the Victorian surrounding architecture and the movement of the moody over cast sky overhead.

A kitchen and utility area slip below the new staircase, with further pockets of servicing space provided upstairs in a series of timber clad pavilions, complimenting the newly restored original formal spaces. This complimentary and legible stitched fabric of old and new is expressed most clearly in the main bedroom, where a pair of concealed doors, open to reveal a black glass clad topless shower and en-suite washstand, reflecting its retained historical perimeter.

The house is on a north south axis, with a north and west facing rear garden, which is enlivened through the further use of black glass cladding the new external extension walls and roof, reflecting movement from the sky over and from the basement living area. A large pivot door gives access to a new garden terrace, the opening movement of which is further reflected in a new glass under clad canopy over and adjoining transparent rooflight, in a moment of intensity amplifying, confusing and reflecting the movement and transition between the interior and exterior and the lower and upper floors creating a holistic and new dialogue between the lower ground floor, the rear garden and piano nobile, often lost in the conversion of this type of dwelling.

next → Villa in Rathmines 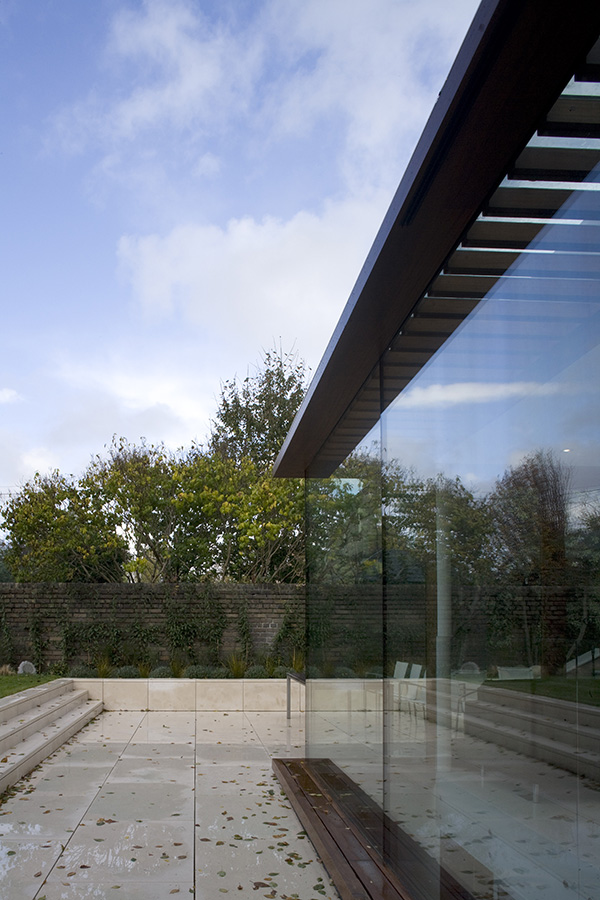